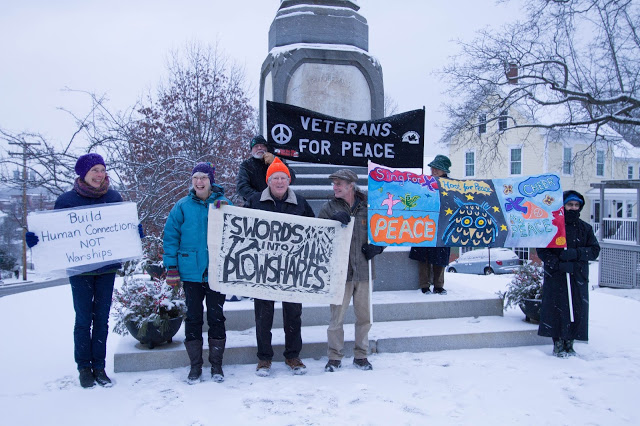 On June 19th, 2016, 12 peace activists were arrested at the Bath Iron Works christening of a “Zumwalt” class stealth destroyer. One of the arresting officers later told them: “You all are the conscience of the community.”

Nine were sentenced to community service. The 10th, Bruce Gagnon of Bath, was not present Friday for the verdict and sentencing.

Following a two-day trial, a 12-person jury deliberated for a brief period Friday morning before delivering the verdicts.

Despite a request by prosecutor Alexander Willette that each be fined several hundred dollars as a deterrent to future protests, Sagadahoc County Superior Court Justice Daniel Billings said the nature of the crimes and the motivation behind them prompted him to sentence each to 30 hours of community service.

“It’s very important that this sentence sends a message to the public that they absolutely have a First Amendment right to protest, however breaking the law and sitting in the middle of the street is not one of the things the state is going to find reasonable,” Willette said.

Defendants told Billings before sentencing that if he sentenced them to pay fines, they would request jail time instead.

On June 18, 2016, local police arrested 12 protesters as they sat in the middle of Washington Street, just outside Bath Iron Works, to protest the christening of the stealth destroyer the future USS Michael Monsoor.

Ten of the defendants pleaded not guilty to misdemeanor obstruction of a public way, arguing their actions were not unreasonable as required by the law they were accused of violating.

Two defendants, Tarak Kauff of Woodstock, New York, and George Ostenson of Hope, previously accepted plea agreements and made contributions of $140 to United Way in exchange for charges being dropped. Ostenson’s health made him unable to sit during long periods such as a trial, and Kauff was scheduled to be at a conference on the West Coast.

“We are in an interesting time in our country,” Billings said Friday of “concerns about the actions of law enforcement” and “people taking to the streets in protest becoming more common.”

Willette’s request that the sentence act as a deterrent was “reasonable” under other circumstances, Billings said, but in this case, while the jury found the defendants guilty, “the line that was crossed here was in my view on the low end and, in particular, the manner in which the law was broken within the tradition of civil disobedience.”

Following the hearing, Deputy District Attorney Jonathan Liberman praised Willette for “a great job” and echoed praise from Billings for “how law enforcement conducted themselves with the utmost professionalism.”

“Hopefully the public understands this was never about punishing the protesters,” Liberman said. “It was about keeping the roads open. I hope they understand that despite political beliefs and passions, everyone has to make sure they’re respectful of the rest of the community and follow the law.”

Many of the defendants have long histories of anti-war protest, dating to the Vietnam War era. They targeted Bath Iron Works “to show that we are regular people with important concerns about peace, jobs, climate change, and the cost of the Zumwalt destroyer which will actually worsen our country’s fiscal crisis,” Gagnon said in an opening statement to the jury.

Following the sentencing, protester Joan Peck of Brunswick said that had she known at the time of the protest that she would be convicted and sentenced to community service, she would do the same thing again.

Her husband, John Peck, 76, agreed, saying he would protest again “if God and my hip and my lungs allow it.” 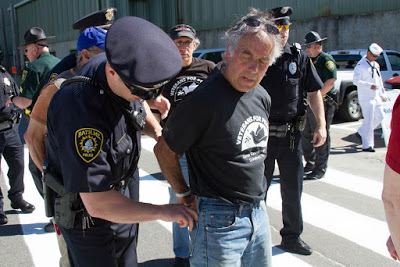 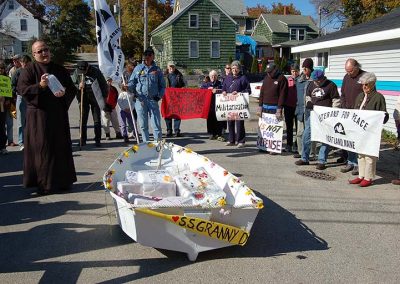 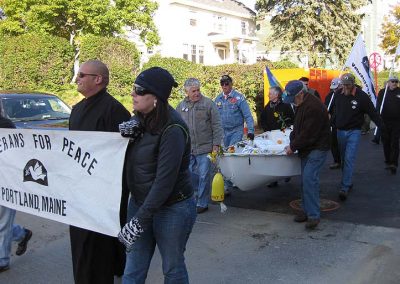 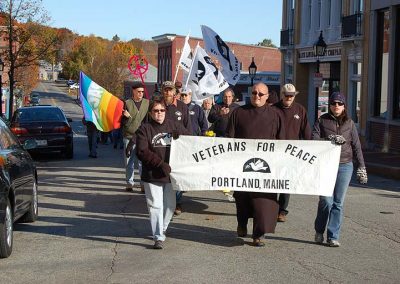 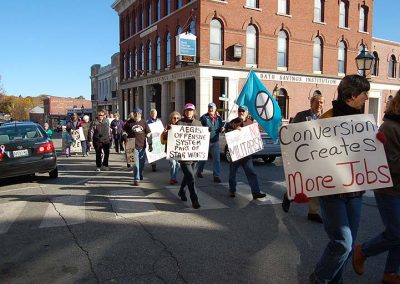 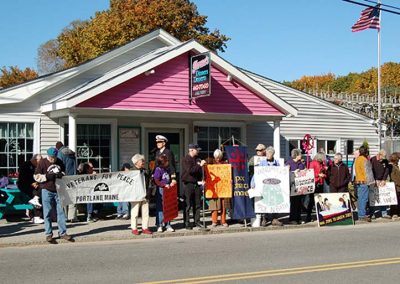 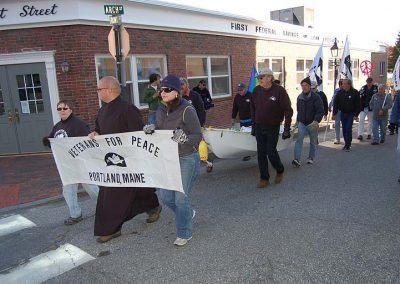 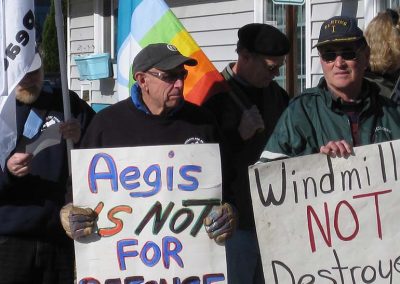 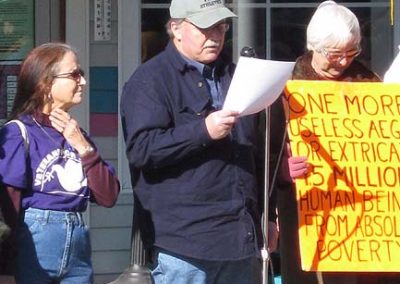