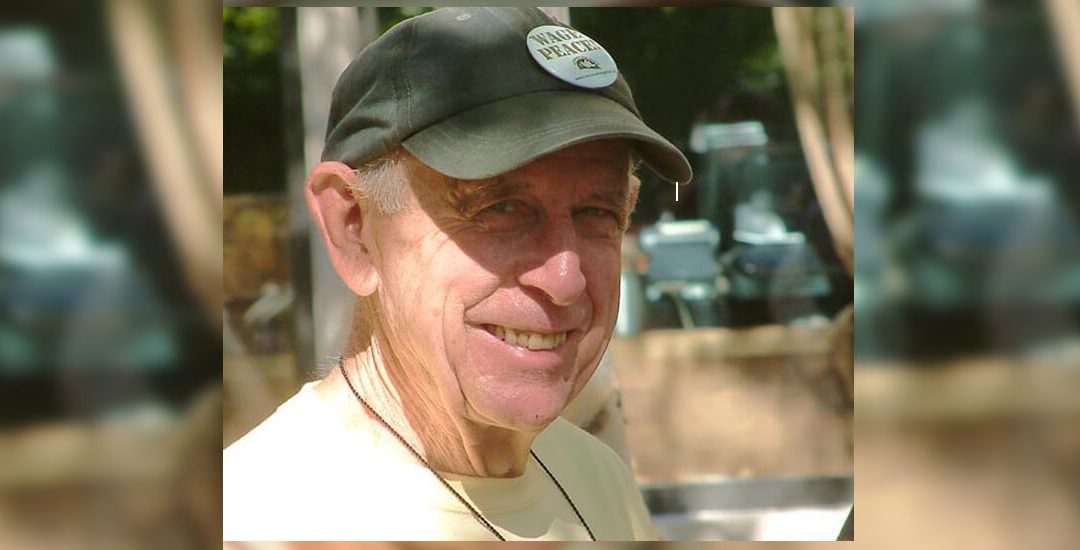 My name is Doug Rawlings, and I have been asked to say a few words today as a representative of Veterans For Peace.

To begin our remarks, I’d like to read a poem by Phillip Booth that made VFP member Suzanne Hedrick think of Tom. As you all know, Tom loves good poetry, and here’s one we think he’ll enjoy.

A MAN IN MAINE

North. The bare time.
The same quick dark
from Rutland to Nome,

By the light outside
his back door, a man
in Maine thinks what

His father told him,
splitting outside
this same back door:

Every November, his
father said, he thought
when he split wood

Of what his father
said the night he
right here died: just

After supper, his
father said, his father
came out back, looked

Out at the sky
the way he had
for years, picked up

His ax, struck
the oak clean, and
was himself struck

Down; before he
died he just had
this to say:

This time of
year the stars
come close some fierce.

It is no secret to Mary that Tom and Veterans For Peace have had a mutual love affair for the past 26 years. And it has not been entirely platonic. Mary knows full well that we ask much of Tom, and he gives us more than can ever be measured by any means available to us on this earth. His gifts to all of us, to our children and grandchildren, like all meaningful gifts, will continue to move through us well beyond this sad day that we gather here to acknowledge his passing. For that reason, I refuse to speak of Tom in the past tense.

Tom has been a member of Veterans For Peace since its inception in 1985. As a charter member he senses that our mission to abolish war, our dedication to non-violence, and our commitment to speak the truth of war to coming generations is a noble and necessary calling.

I’d like to take the next few moments to speak of what it means to be a Veteran For Peace and how Tom Sturtevant not only fits that mold but helps cast it. Although we are a secular organization, it seems unavoidable not to see us working in the tradition of the best of all religions that have taken a vow of non-violence.

Since we have taken on the responsibility of crafting a world of peace, we are obligated to follow Martin Luther King Jr’s dictum that the means are embedded in the end result – we can only achieve a peaceful world through peaceful thoughts, peaceful acts, peaceful means. Tom moves amongst us as the quintessential peace-maker. He takes Dr. King’s advice to heart. No matter how angry Tom becomes, and many times he is disgusted and outraged at the injustices of this world, he will never intentionally do anyone harm. As a man dedicated to non-violent direct action, Tom works to help others transform themselves. He does not deny them their humanity, no matter how repugnant their deeds.

As Veterans For Peace we are also obligated to speak beyond mere military strategies when we discuss war. We are obligated to take the discussion to a higher plane – one of morality. Regardless of the political, economic, or even pseudo-religious justifications for any given war, we stand firm in our commitment to declaring that war, by its very nature, is immoral. And the blood dollars spent on the preparation for war, the sad legacy of being an American today with over half our tax dollars spent on nurturing militarism in our culture, is equally reprehensible.

Tom knows this better than most of us. He sees the toll taken on children deprived of many educational opportunities, seniors denied a dignified retirement, working mothers and fathers forced to choose between medical care and paying for their homes, all because we as a nation have chosen to arm ourselves, not in defense of the constitution, but in direct refutation of the founding fathers’ basic principles. Tom knows that true peace – what Dr. King calls a “positive peace” – is only possible in a society where its citizens are not indifferent to injustice, do not compromise with the powers that seek to eviscerate our children’s minds, to demean our seniors, to humiliate our workers, all for the sake of another war of empire.

As a man of direct, non-violent action, Tom will not accept that, and in his spirit neither shall we.

Years ago, Tom stood in lone protest against the blue angels until the rest of us came to our senses and joined him. Just recently, Tom recognized immediately the justice and dignity of those who chose to resist the dehumanization of our society by joining the occupy movement. He is still with them, and we, joining hands around their campfires, know that Tom’s hands are still there, in ours, gripping ours, pulling us toward a more humane and caring world, a world of peace.