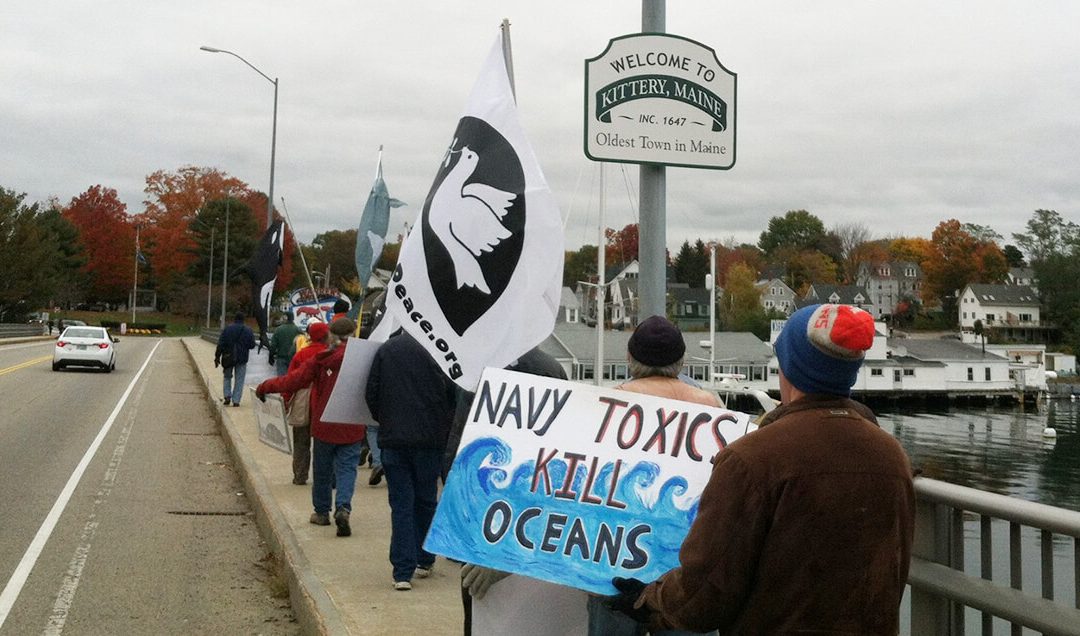 The Pentagon has the largest carbon footprint on our Mother Earth. Waging endless war consumes massive amounts of fossil fuels and lays waste to significant environmentally sensitive places on the planet – particularly the oceans.

The oceans are inhabited by a multitude of different life forms, from microorganisms to whales, many of whom are able to sense sound and use it to find food, navigate, communicate, and avoid predators. Navy sonar blasts wreak havoc on these creatures, disrupting their lives, leaving animals more susceptible to disease and lowered reproductive success, and sometimes injuring and killing them.

Because Navy sonars are extremely loud, depending on ocean conditions, that noise can travel at harmful levels for tens or even hundreds of miles, impacting huge numbers of animals. By the Navy’s own estimates, sonar noise can still be as high as 140 decibels 300 miles from the source, a level that is a hundred times more intense than the level known to result in behavioral changes in large whales.

Some of these exercises will even take place inside designated critical habitat for the already endangered right whale, frequenter of Maine waters. In fact, the Navy is now constructing a 500 square mile instrumented range off the coast of Georgia where it intends to conduct 470 sonar exercises annually – the Navy chose this site just offshore of the only known calving grounds of the right whale! In March 2015 Navy sonar testing near Guam led to the stranding of three beaked whales.

The Kennebec River that BIW fronts is often dredged in order to allow the deep hulled destroyers built there to get into the ocean. Dredging takes a heavy toll on aquatic life.

The Portsmouth Naval Shipyard has caused serious pollution of the local environment. The shipyard is on an island that the Pentagon considers as one of their facilities most vulnerable to climate change, particularly their dry-dock facilities. Rising sea levels could affect shipyard toxic waste sites which are now mostly right on the shoreline and would seriously impact water quality and sea life.

Since the beginning of the industrial revolution in the early 1800s, fossil fuel-powered machines have driven an unprecedented burst of human industry and society. Ocean acidification is the ongoing decrease in ocean pH caused by human fossil fuel emissions. Oceans currently absorb approximately half of the CO2 produced by burning fossil fuel. An estimated 30–40% of the carbon dioxide released by humans into the atmosphere dissolves into oceans, rivers and lakes.

Arctic Militarization Due to Climate Change

In early 2014 Maine’s Sen. Angus King went on a nuclear submarine ride under the Arctic Sea ice which is now melting due to climate change. Admiral Jonathan Greenert, chief of naval operations was on the sub and said, “In our lifetime, what was [in effect] land and prohibitive to navigate or explore, is becoming an ocean… We need to be sure that our sensors, weapons and people are proficient in this part of the world,” so that we can “own the undersea domain and get anywhere there.”

When Sen. King returned from the trip he told his constituents that there has been “a 40% reduction in ice as a result of global warming.” He reported that “previously inaccessible” gas and oil reserves were now going to create “new opportunities”. King concluded, “I am convinced we need to increase our capacity in the region, something I intend to press upon my colleagues on the Armed Services Committee as we work on our military priorities for the coming years.”

Rather than drill for more fossil fuels in the Arctic, and create a new arms race in that environmentally sensitive region, the US should be working to convert our military industries to build offshore wind turbines, rail, solar and tidal power. According to studies done by theUMASS-Amherst Economics Department shipyards in Bath and Portsmouth could nearly double their number of jobs by building rail or wind turbines. The Gulf of Maine has more wind power generating potential than any other place in the US.

Help Save Our Seas

If the seas die so do humans on Earth and much of the wildlife. Now is the time to speak out for ending the massive military impacts on the world’s oceans and for conversion of our fossil fuel dependent military industrial complex to sustainable technologies. We will walk to bring attention to these crucial issues. Please help us carry this message to the public by joining with us. 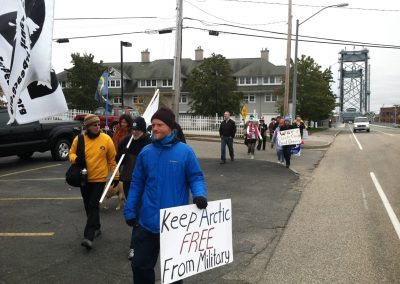 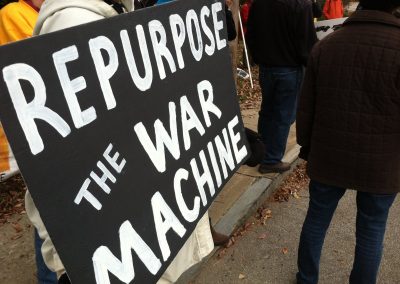 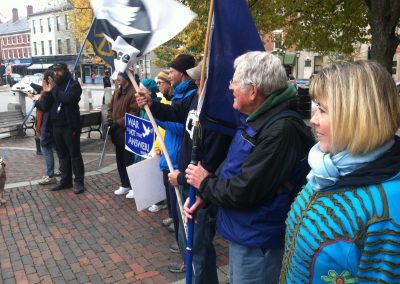 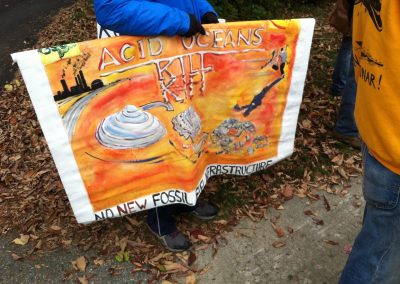 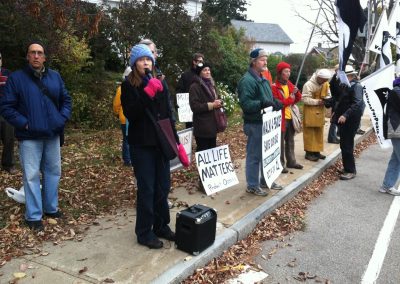 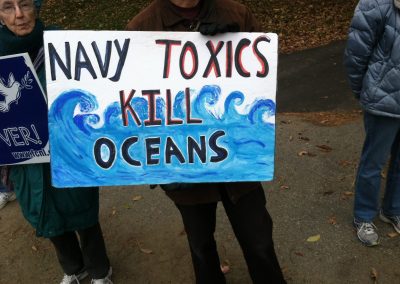 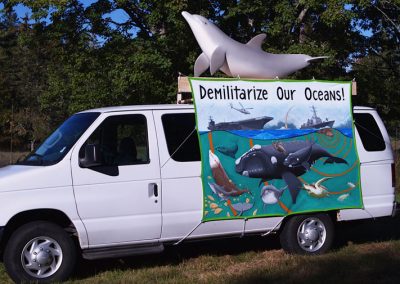 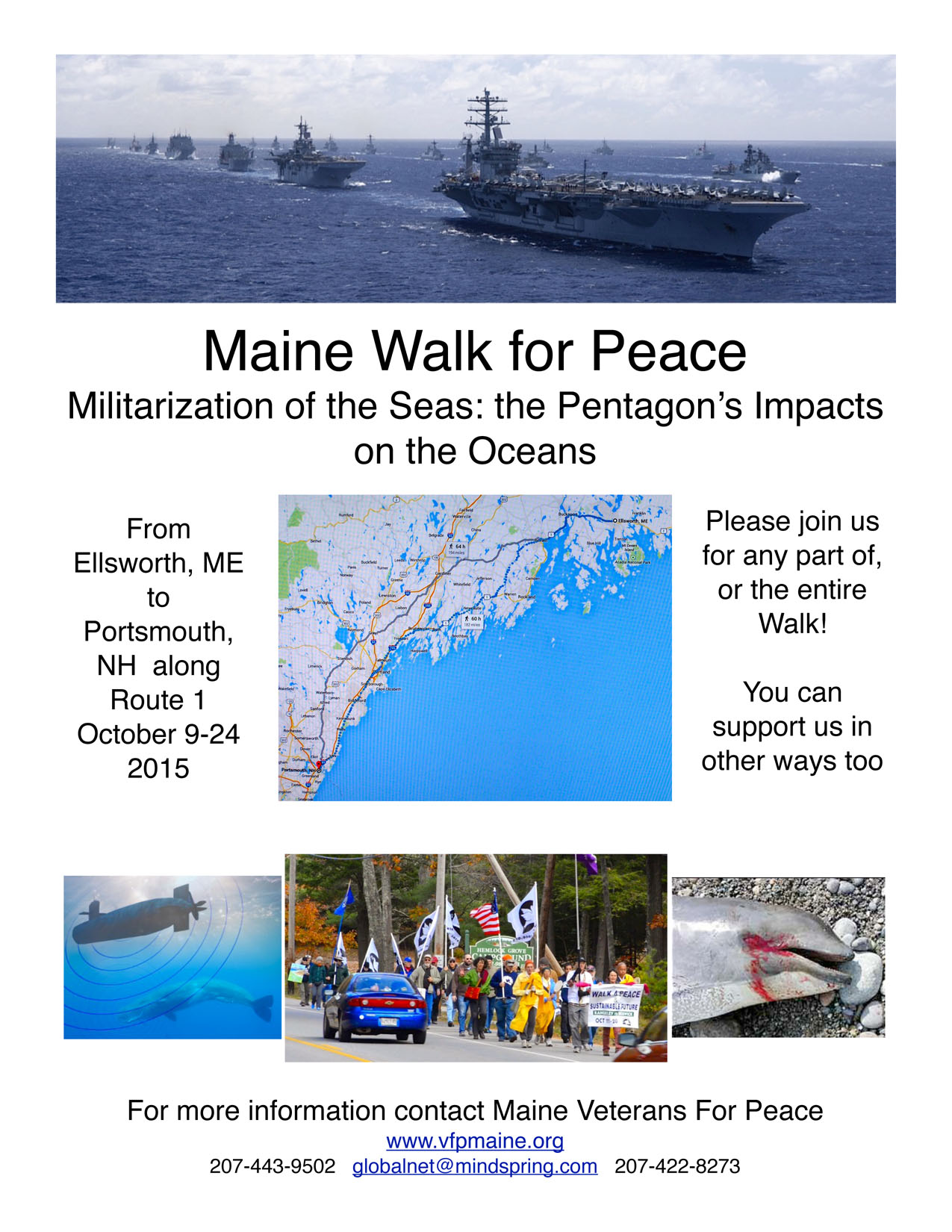