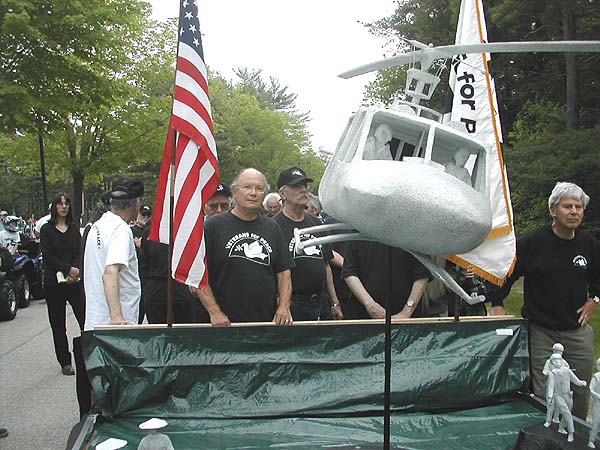 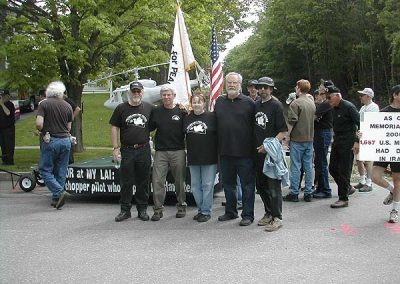 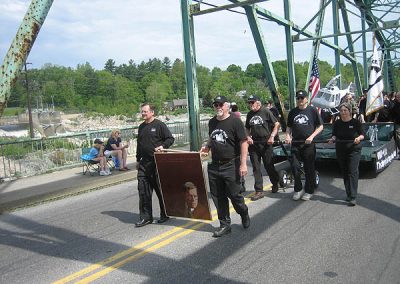 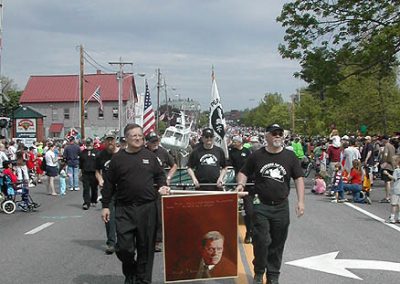 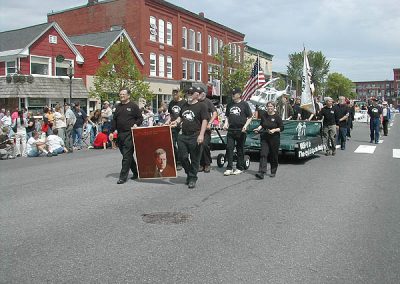 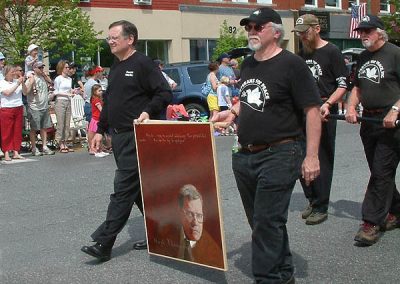 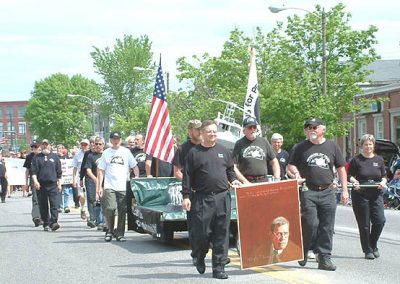 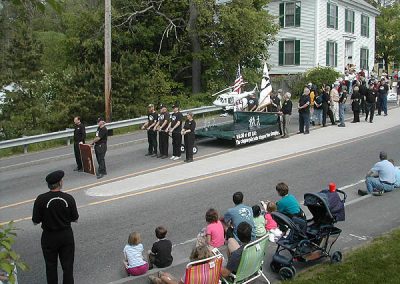 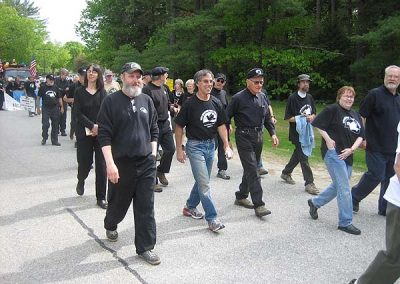 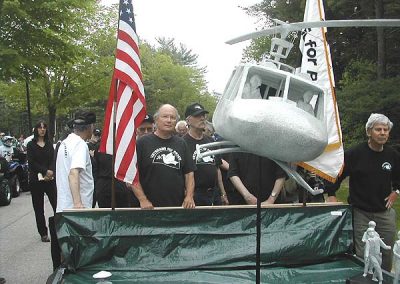 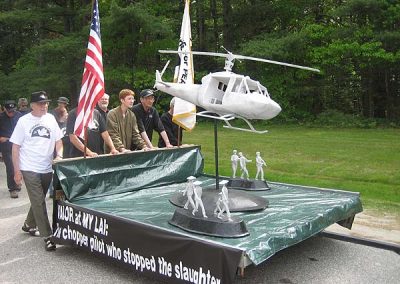 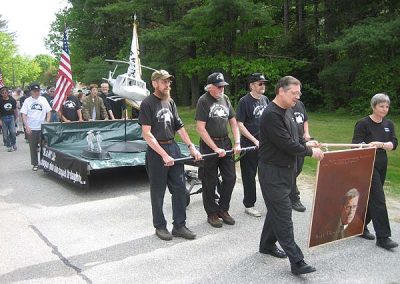 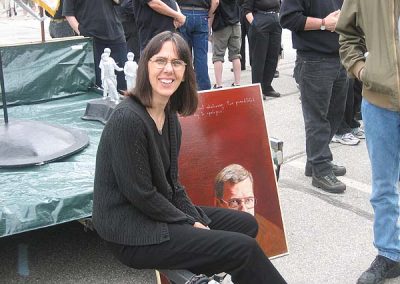 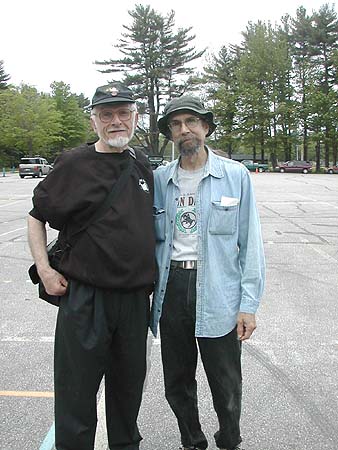 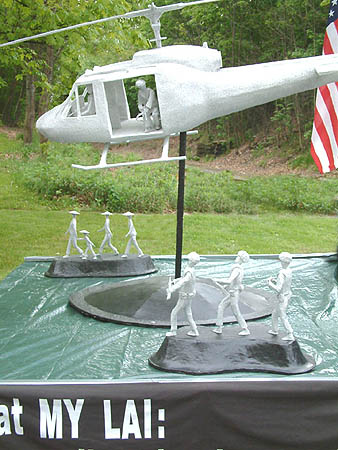 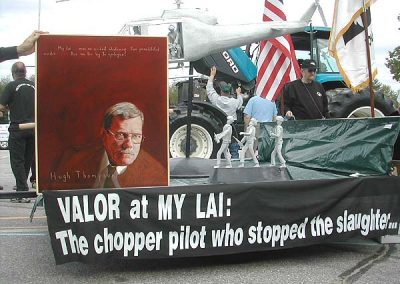 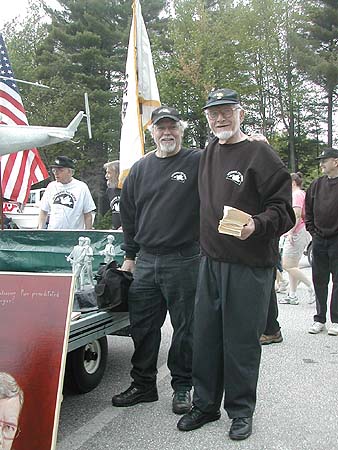 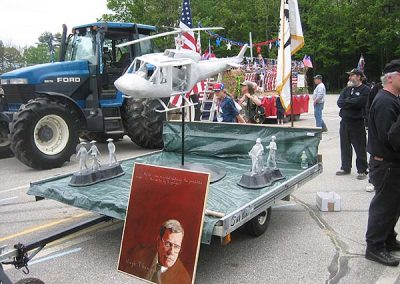 Valor at My Lai

On this Memorial Day, Maine Veterans for Peace commemorate the rare courage of a single individual acting from conscience, compassion and sense of humanity to save innocent civilian lives. The Maine VFP parade float depicts the decisive moment when Warrant Officer Hugh C. Thompson, Jr. confronted superior officers and fellow U.S. soldiers, and at great personal risk to his life, forced a halt to the killing at My Lai. For this singular act of doing what was right, Hugh Thompson would suffer ostracism, even vilification for decades to come from the military, politicians and, indeed, much of America.

At the Brunswick-Topsham Memorial Day Parade, which honored Vietnam Veterans, Maine Veterans for Peace had a float depicting the heroism of Warrant Officer Hugh Thompson who stopped the slaughter at My Lai.

Along the parade route, an older woman in black was trying to hand out leaflets explaining his heroic actions, only to be hounded by a young man saying the leaflet dishonored Vietnam veterans. Because of this, many people refused it. So I quote from the leaflet so they can judge for themselves who dishonored whom:

“On the morning of March 16, 1968, when Charlie Company did a sweep of My Lai, they found only a small peasant village, the reported Viet Cong 48th Battalion nowhere to be seen. Frustration soon turned to rage and though not a shot was fired at them, the soldiers of C company went on a rampage, gunning down old men, women, children and even babies. Families huddling together for safety in huts or bunkers were shown no mercy, dragged out, shot, their bodies thrown in ditches. Within three hours, some 500 Vietnamese were killed in cold blood.

“Flying a reconnaissance mission in an OH-23 Raven Helicopter, Chief Warrant Officer Hugh C. Thompson, with his door gunners Glenn Andreotta and Lawrence Colburn, landed at My Lai, coming upon a ghastly scene of dead, dying and horribly maimed bodies. The three men began setting markers near Vietnamese who appeared to be still alive, only to see C company soldiers, under the orders of Lt. William Calley, begin shooting the wounded marked for evacuation.

“Outraged, Thompson put his chopper down in direct line of fire between the troops and the wounded villagers and told Calley to hold his men there while he called in helicopters to evacuate the wounded Vietnamese. Thompson then ordered his crew chief to train the copter’s M60 heavy machine guns on the soldiers and ‘open up on them’ if they fired at the civilians.

“When the first rescue helicopter landed, Thompson had 11 civilians, including five children, flown to the nearest army hospital. Later he returned to rescue a baby still clinging to her dead mother.”

Do Thompson’s actions dishonor Vietnam veterans, or do they honor the true American spirit of courage, compassion and humanity? It is a return to pagan barbarism when murdering innocents is honorable and trying to save lives is dishonorable.

Luckily, it was only one poor soul who trashed the leaflets. Thousands of other parade watchers viewed the Maine Veterans for Peace quietly or with sustained applause as they marched past with their banner unfurled, “ABOLISH WAR.”

The most moving moment of the Brunswick-Topsham Memorial Day parade was the appearance of the Veterans for Peace and the Peaceworks group marching near the end, asking for the abolishment of war. It was very heartwarming to see the rousing support the group received as it passed by; but it also was disturbing to see the negative responses, especially from some of the Christian groups in the crowd.

Members of one church organization angrily turned their backs on the peace activists to show T-shirts proclaiming, “We believe in the gospel.” That really surprised me, because Jesus asked us to be prepared to give up our own lives for peace, to turn the other cheek rather than fight back. To love all, even the enemy. Yet here were so-called Christians turning their backs on those asking for peace. I was amazed.

Although there might be many of us who believe there will always be wars and we should stay vigilant with a strong defensive force, my hat goes off to those brave patriots who marched at the end of the parade — against the tide of blind patriotism and nationalism — to remind us there still is an ultimate goal, an aspiration of honest religious proportions, that of true peace.