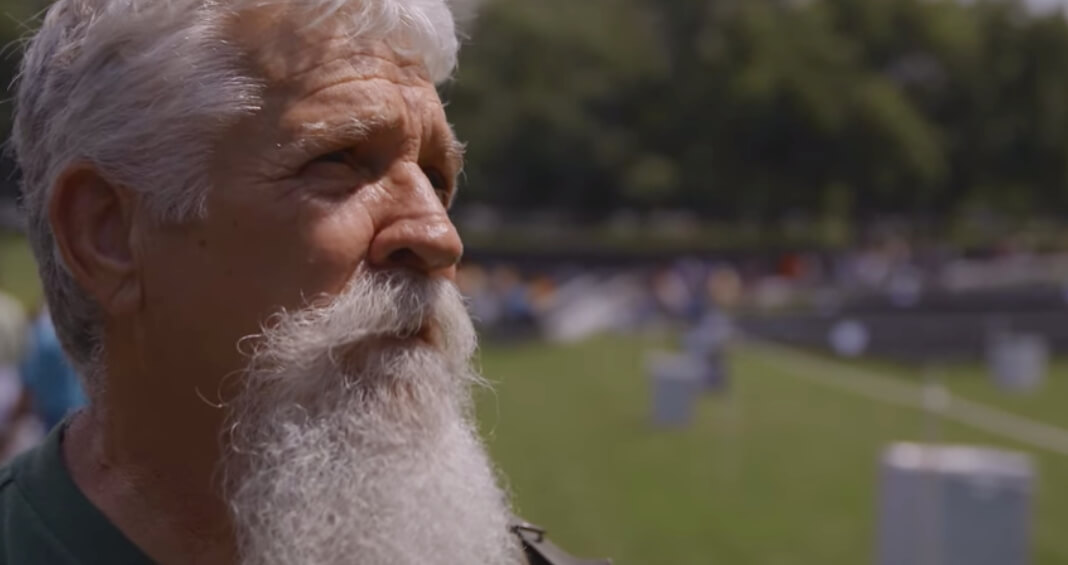 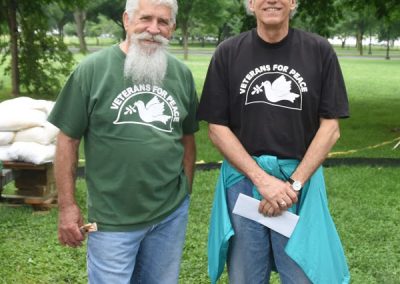 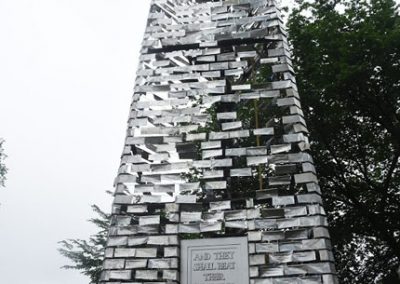 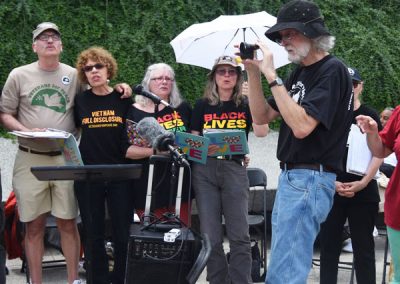 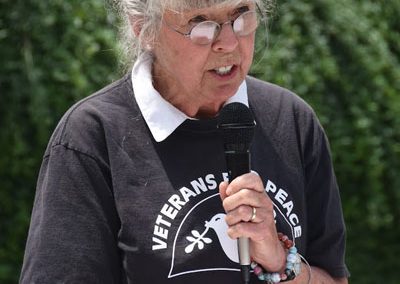 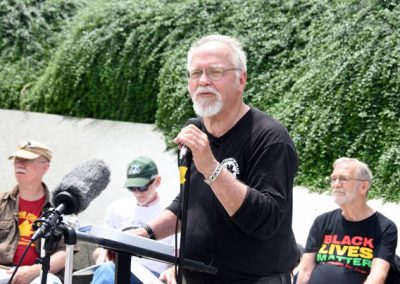 Thanks to the chapter for helping me get to DC this past Memorial Day weekend. There are multiple videos and pictures below that capture the three days, but let me give you my personal take on the action.

1). I arrived Sunday afternoon, and after getting settled, I made my way to the famous and funky Code Pink House in the DC suburbs. I was delivering sixteen three-ring binders with MLK’s Riverside Address inside. The purpose of the Sunday evening meeting was to rehearse the play a little bit and also to connect with others. There must have been at least twenty people there. We got through the play quickly and then chatted. Peggy, Peter Morgan, and Eric Herter from our chapter were there.

2). On Monday we met at 9:30am at Roger Ehrlich’s amazing Bell Tower installation right across from the Lincoln Memorial. I passed out 71 letters and six photographs from Mike Hastie for distribution at The Wall. My guess is that at least twenty of us were there. Deliver the letters. Peter, Eric, Peggy, and I were joined by Bruce Gagnon to round out the Maine contingent. At 10:30am we went to The Wall and delivered the letters. Each letter asks passers-by to “please read me.” And many, many people did just that. This is always a moving experience for me and this year was no different. Thanks to all who wrote the letters and to those who delivered them.

At 11:30am, we gathered again at the Bell Tower and headed out to the MLK monument, where we planned on reading his Riverside Address, in sixteen parts, around noon. Mike Marceau of the DC chapter had arranged to have a podium, a mic, and chairs available for the reading. Patrick McCann had arranged to have Reverend Flagler introduce the speech and to conclude it. He was fantastic — a leader in the DC area, he did not disappoint. I was very pleased by the quality of the readings that followed the Reverend. We did VFP proud. Interestingly enough, two choppers kept on flying over the presentation, raising quite a racket, but we persisted. Since this is our first time doing this, we learned some things — we can have signs telling people what we are doing (we were told beforehand that we could not); we should provide folding chairs for an audience to sit and listen — people passed us by and listened a little bit but didn’t stay; and we should have copies of the speech available for audience members. I think this event was strong enough to build on for next year.

At 6:30pm, about fifty of us gathered at the Bus Boys and Poets restaurant and bar to celebrate VFP and to gather as a “tribe.” Great fun was had by all. It felt good being around compatriots from all around the country. All in all, it was a good day.

3). On Tuesday we gathered in front of the Lincoln Memorial to host a series of speakers and singers in preparation for marching to the White House with our demands that Trump and his cronies redistribute wealth from the war department to domestic needs, etc. The speeches and music went on for two hours. There were some really wonderful moments that are captured in the videos below. My favorites were Lily’s impassioned words from the Native American perspective, Sara’s wonderful performance poem, the Village Fugs exorcising the demons from the White House, Pat Scanlon’s song, Chris Hedge’s insightful essay, and the rap minister’s message to Trump to read MLK. Good stuff.

After the speeches were over, we marched down 17th street and Pennsylvania Avenue with our banners and some cadence calls to the White House where we gathered to hear two more speeches — one from Ray McGovern and one from Bruce Gagnon. There was some good press representation here — a few international reporters, and Reuters, and the Washington Post. Again, this was a first time event, so we have some things to learn from it, but, all in all, it was good. We then disbanded and went our merry ways.

I have to say that age is beginning to rear its ugly head. I was totally exhausted at the end of each day, but not really able to sleep well. Sigh. As a result, I came hone with this horrendous cold that still lingers. But, you know what? I’d do it all again in a heartbeat. This kind of collective gathering of VFP and like-minded folks is so important. We have already begun planning for next year — shifting around dates to get a greater impact, etc etc. All of this makes us a better organization and stronger people to resist the forces aligned against peace. We will prevail. Be sure to check out the videos below.

Thanks again for giving me the opportunity to represent you all. It is an honor and a joy. All the best, Doug