No War in Syria Protest in Portland 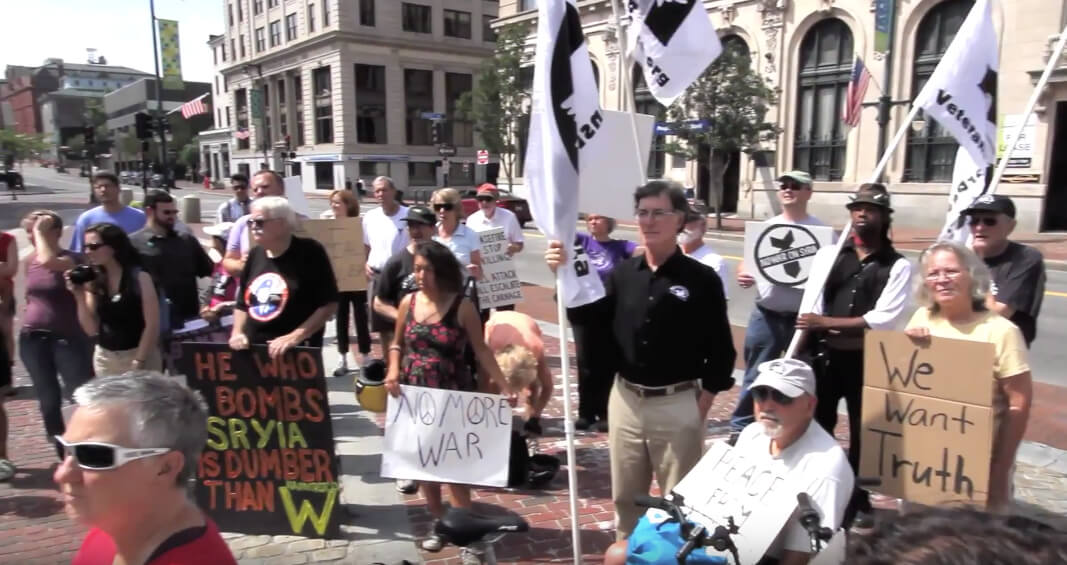 This was what Maine people had to say about the U.S. threats to bomb Syria at a protest in Monument Square August 31, 2013 in Portland, Maine. Local Portland Press Herald columnist, Bill Nemitz showed up for about 15 minutes and only used interviews from people who were ambivalent at best about America’s responsibility in Syria. Not one of the people in these interviews waffled about bombing Syria. No more wars in our name! Nemitz was a propagandist for the war machine.