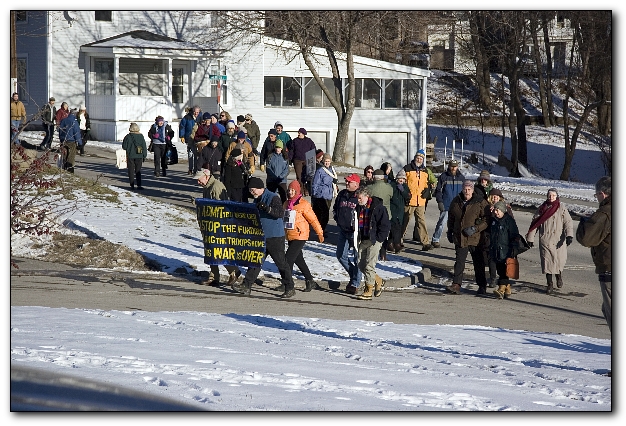 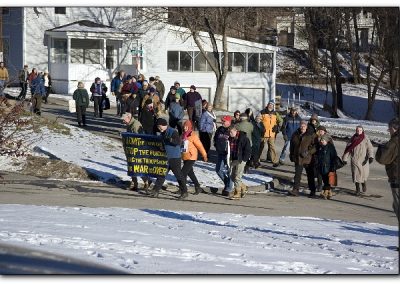 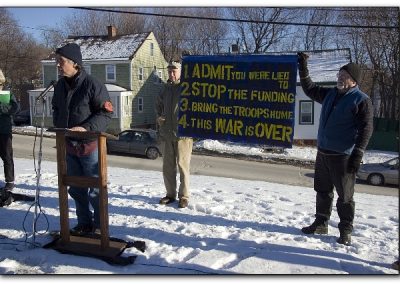 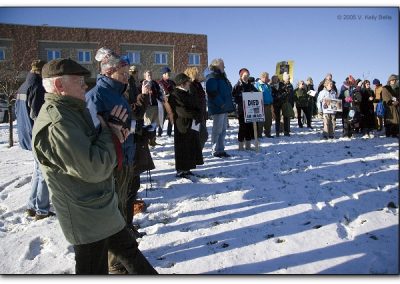 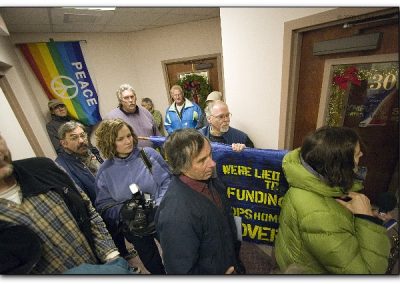 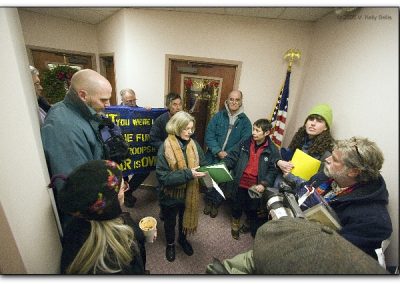 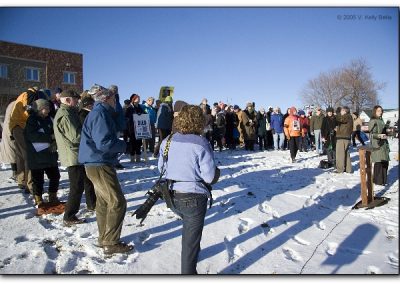 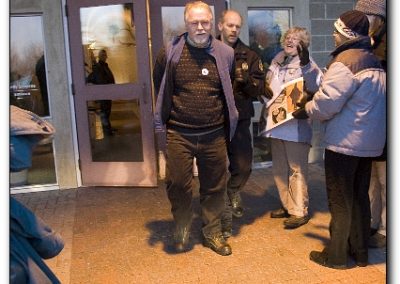 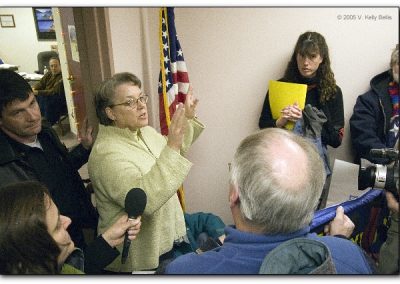 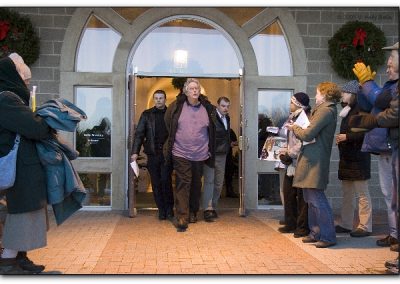 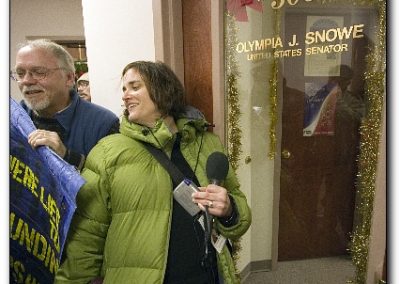 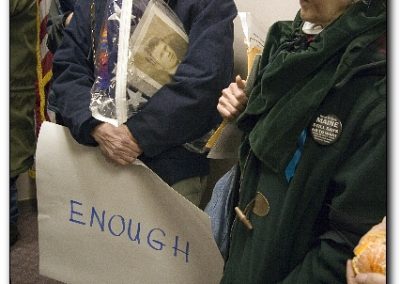 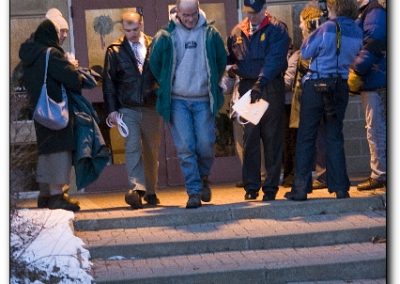 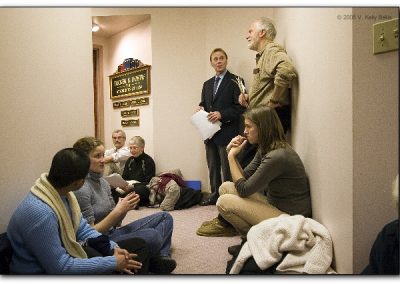 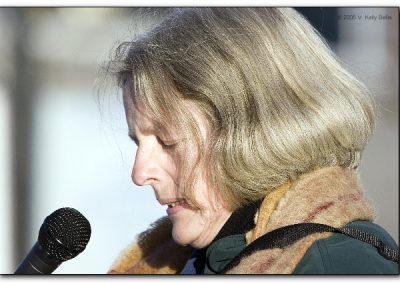 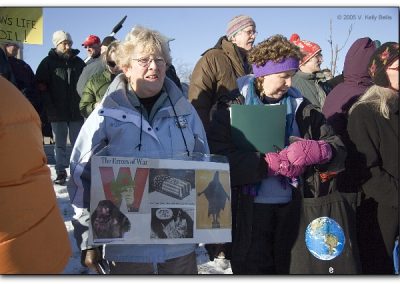 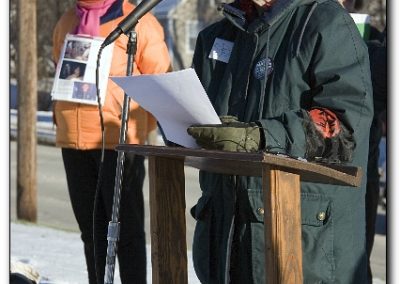 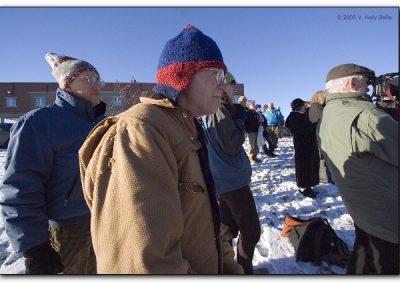 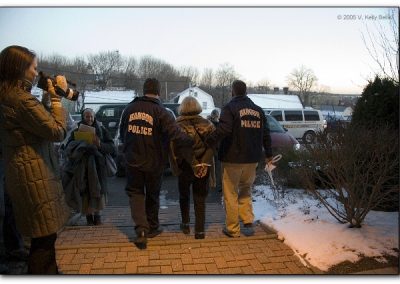 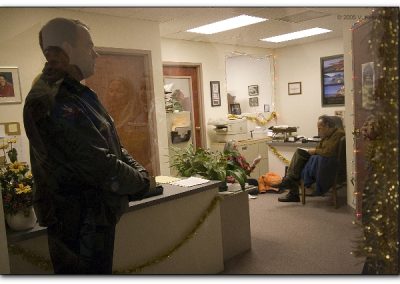 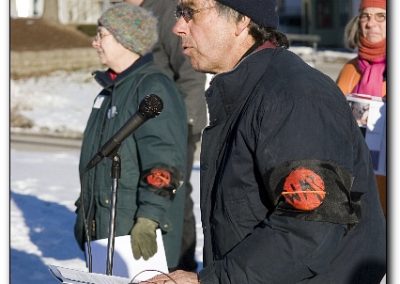 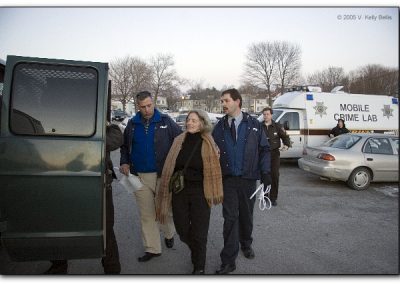 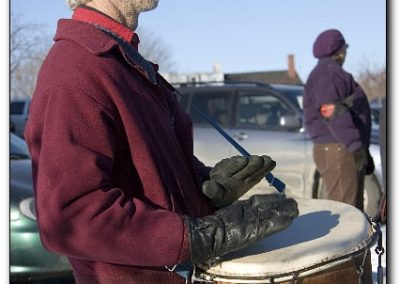 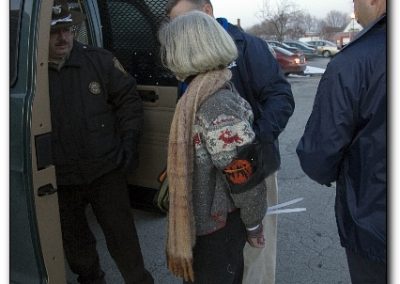 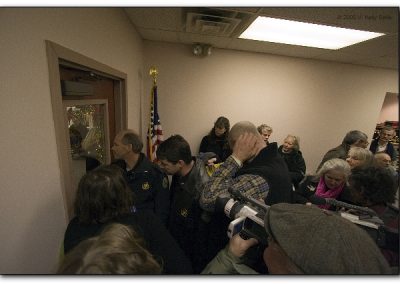 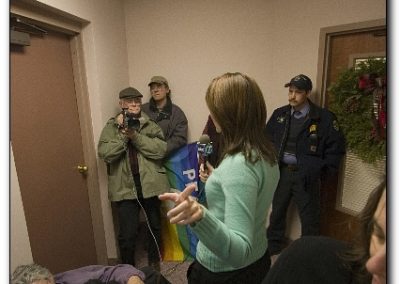 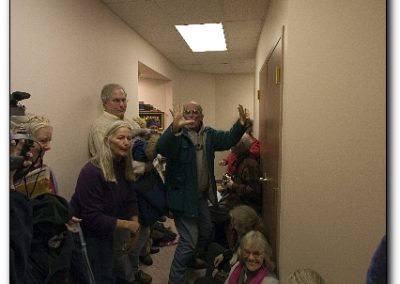 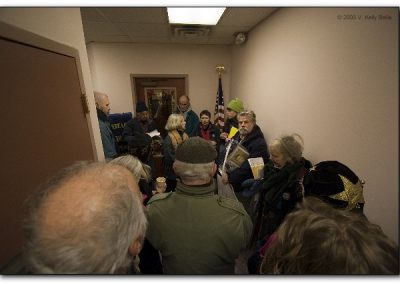 Bangor, Maine – A crowd of approximately one hundred peace makers gathered outside of U.S. Senator Olympia Snowe’s Bangor office Thursday to deliver a message to the Senator requesting that 1) she admit that we’ve all been lied to by the Bush Administration as to the pretexts to the current occupation and war in Iraq, 2) to stop the funding of the war, 3) to bring the troops home and 4) to declare that this war is over.

On the same day that two-thirds of registered Iraqi voters turned out to vote in their third national election, the over four hundred forty Maine voters who had signed the letter to Senator Snow were prevented in having their message delivered.

Dud Hendrick of Deer Isle, Judy Robbins of Sedgwick, Rob Shetterly of Brooksville, Bruce Gagnon of Brunswick and Nancy Galland of Stockton Springs read some prepared remarks after which, Gail Kelly, Senator Snow’s office manager, read a response from Senator Snowe in the parking lot of the office complex at One Cumberland Place.

Dud Hendrick informed Ms. Kelly that members of the assembly wished to sit down in the office and share their concerns and deliver their message to which she replied that only two people at a time would be allowed into her small office. About fifty followed her into the building and up to the second floor office through a narrow hallway where the first two delegates, Pat Wheeler of Deer Isle and Bruce Gagnon entered while the balance of the contingent remained waiting outside in the cramped corridor for over an hour before being instructed to leave or be arrested.

The nineteen who refused to leave were arrested, handcuffed, patted down, searched and photographed one at time by Penobscot Sheriff Deputies and Bangor Police officers before being led downstairs and into the waiting prisoner transport vans. Those arrested and charged with criminal trespass were Judy Robbins of Sedgwick, Doug Rawlings of Chesterville, Steve West of Penobscot, Ron King of Penobscot, Jim Harney of Bangor, Sandy Yakovenko of Tenants Harbor, Maureen Block of Swanville, Debby Marshall of Deer Isle, Nancy Hill of Stonington, Peter Robbins of Sedgwick, Richard Stander of Stockton Springs, Carolyn Coe of Blue Hill, Elizabeth Adams of Ellsworth, Olenka Folda of Brooklin, Dud Hendrick of Deer Isle, Nancy Galland of Stockton Springs, Rob Shetterly of Brooksville, Bruce Gagnon of Brunswick and Pat Wheeler of Deer Isle. All of whom, except for Harney, were released on $500 bail, which was waived, with a restriction that they not go within 500 feet of One Cumberland Place or commit any criminal acts until their scheduled hearing on January 20, 2006. The next day Harney was released on his on recognizance.

The letter to Senator Snowe, along with its 441 signatures, remained undelivered Thursday, but Judy Robbins indicated that on Friday she would fax copies to all of Snowe’s offices.