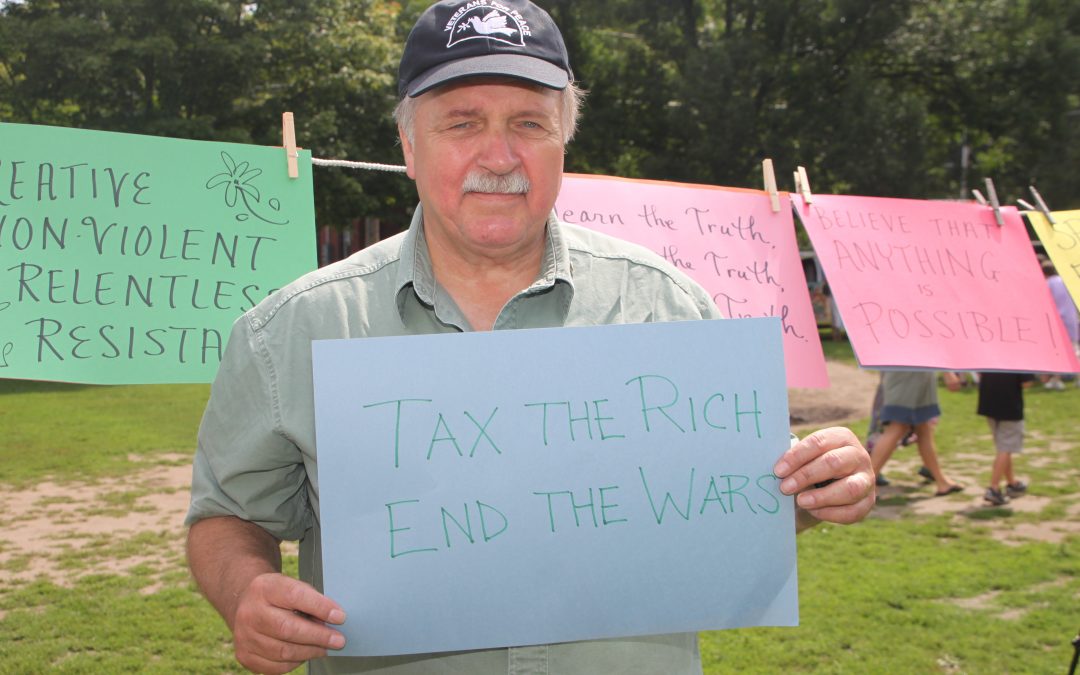 On December 14th, sixteen people gathered at the Curtis Memorial Library to celebrate the life of Peter Woodruff.  Peter’s widow, Maggie, was in attendance along with Peter’s two brothers and a sister-in-law.  The VFP chapter members who attended spoke of how much they appreciated Peter’s contributions to the chapter and to working for world peace.  In particular, many people mentioned Peter’s courage as he worked “in the belly of the beast” (BIW) even as he stood outside in protest against the manufacture of destroyers at the very shipyard where he worked. The chapter gave Maggie a beautiful plaque commemorating Peter’s work as well as a chapter t-shirt.  We also gave Peter’s brothers each a shirt.  Many thanks to Peggy Akers for organizing this alongside Dan Ellis and Lynn Ellis.  Peter Woodruff, Presente! 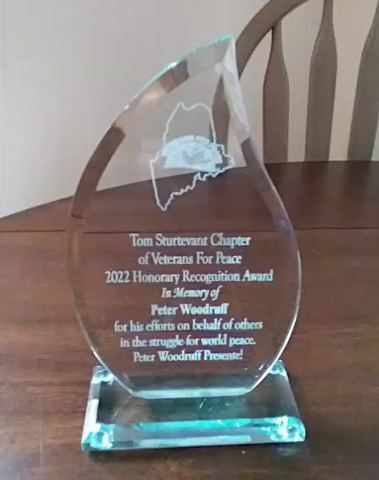 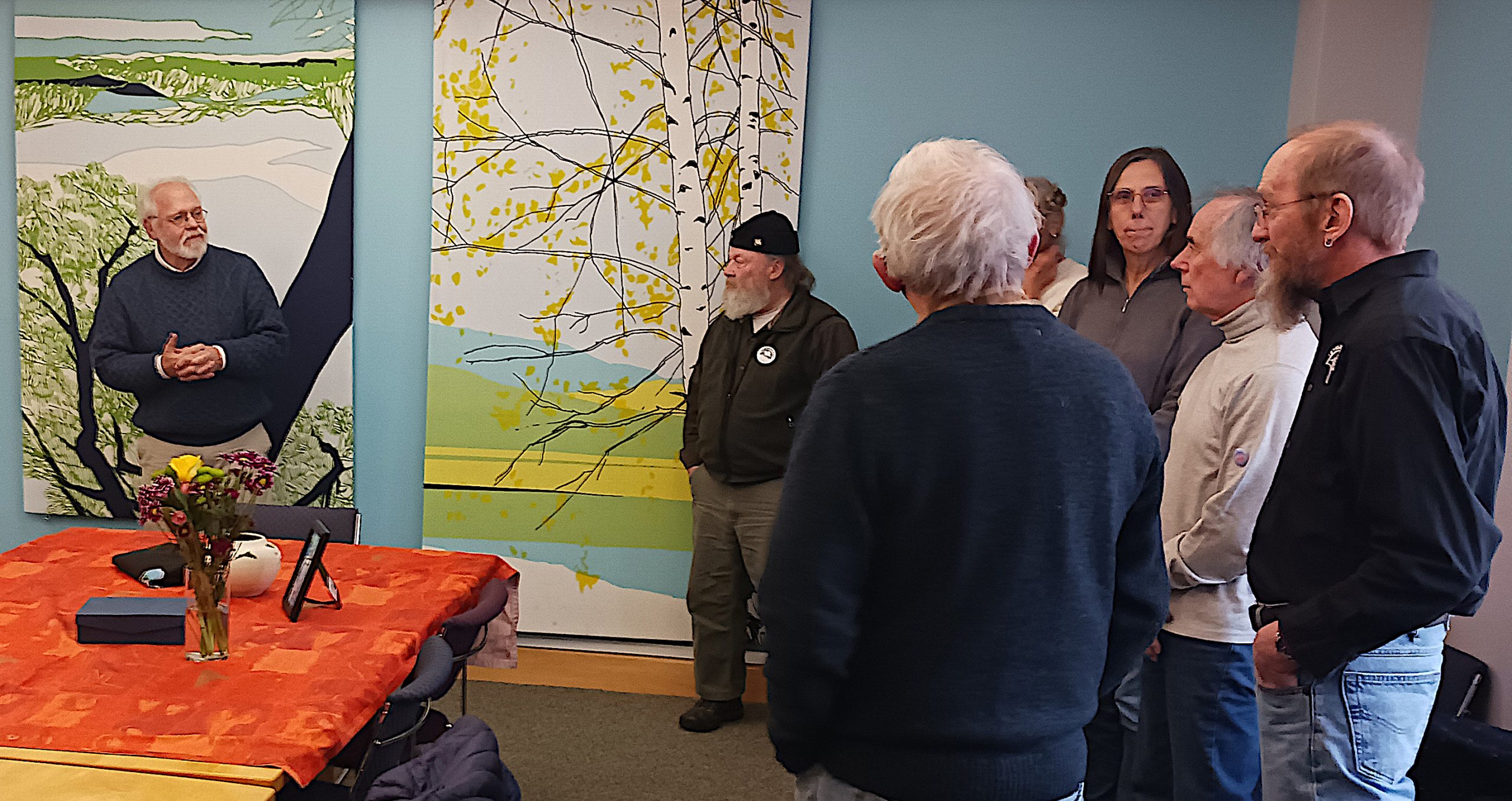 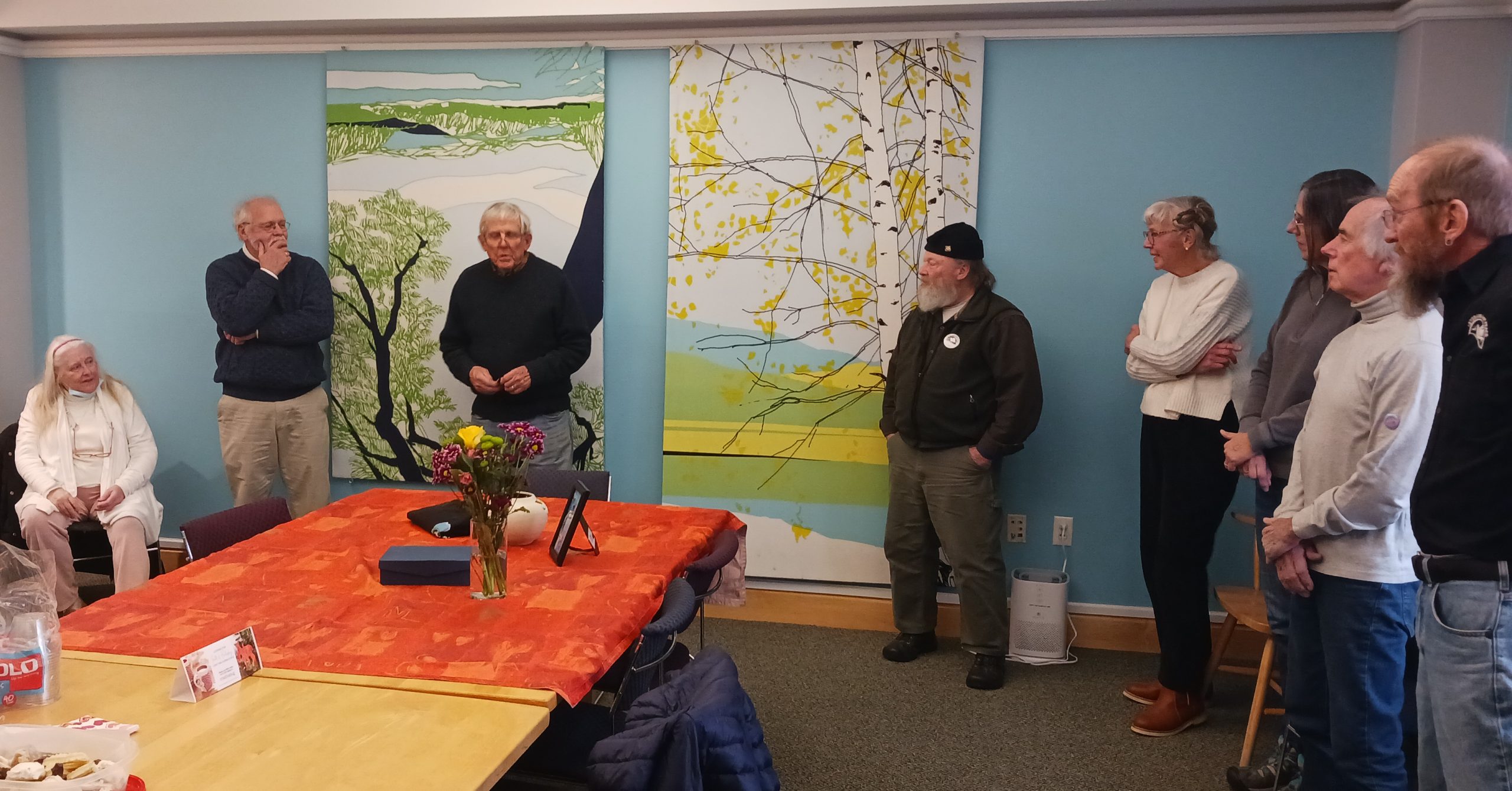 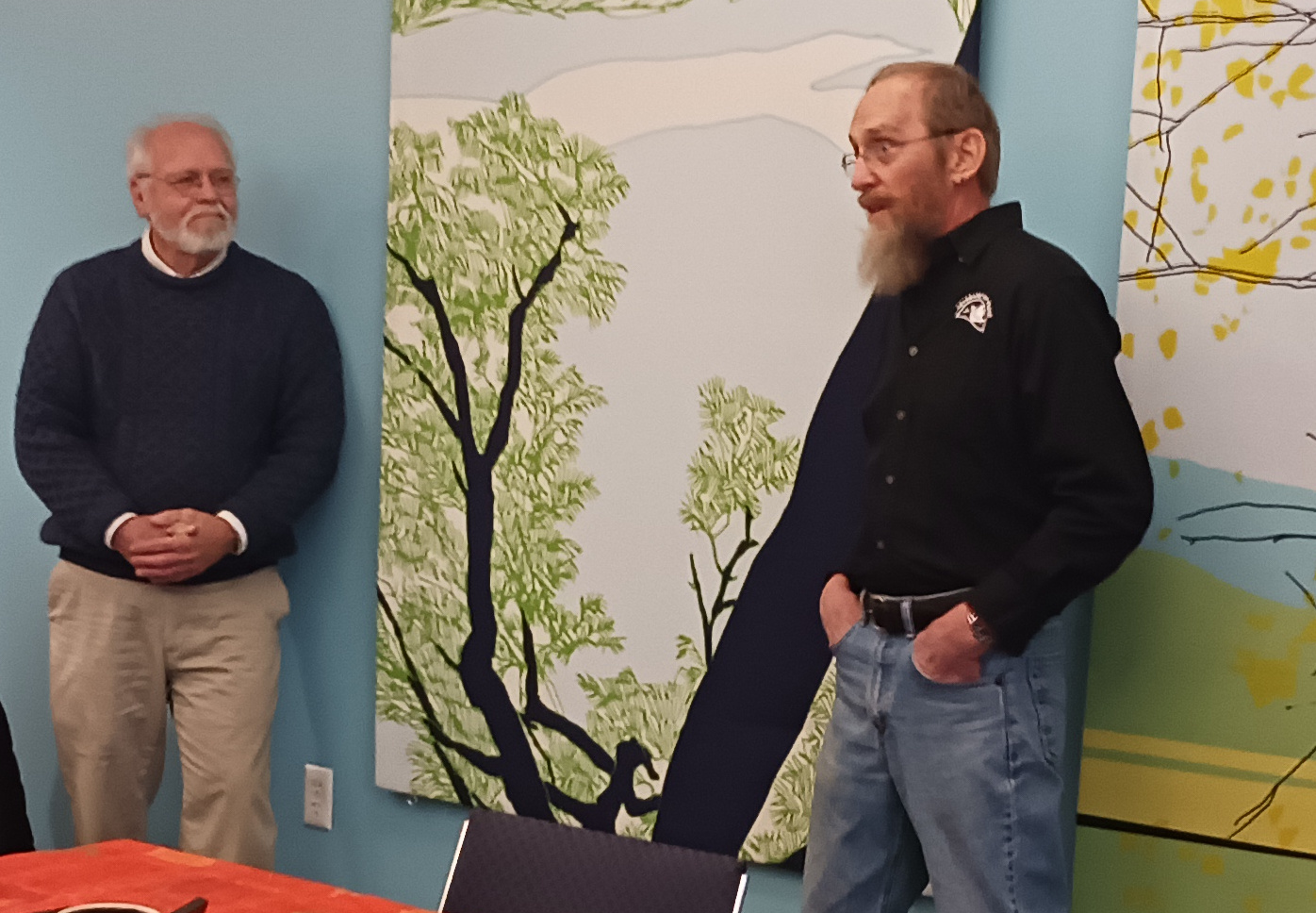 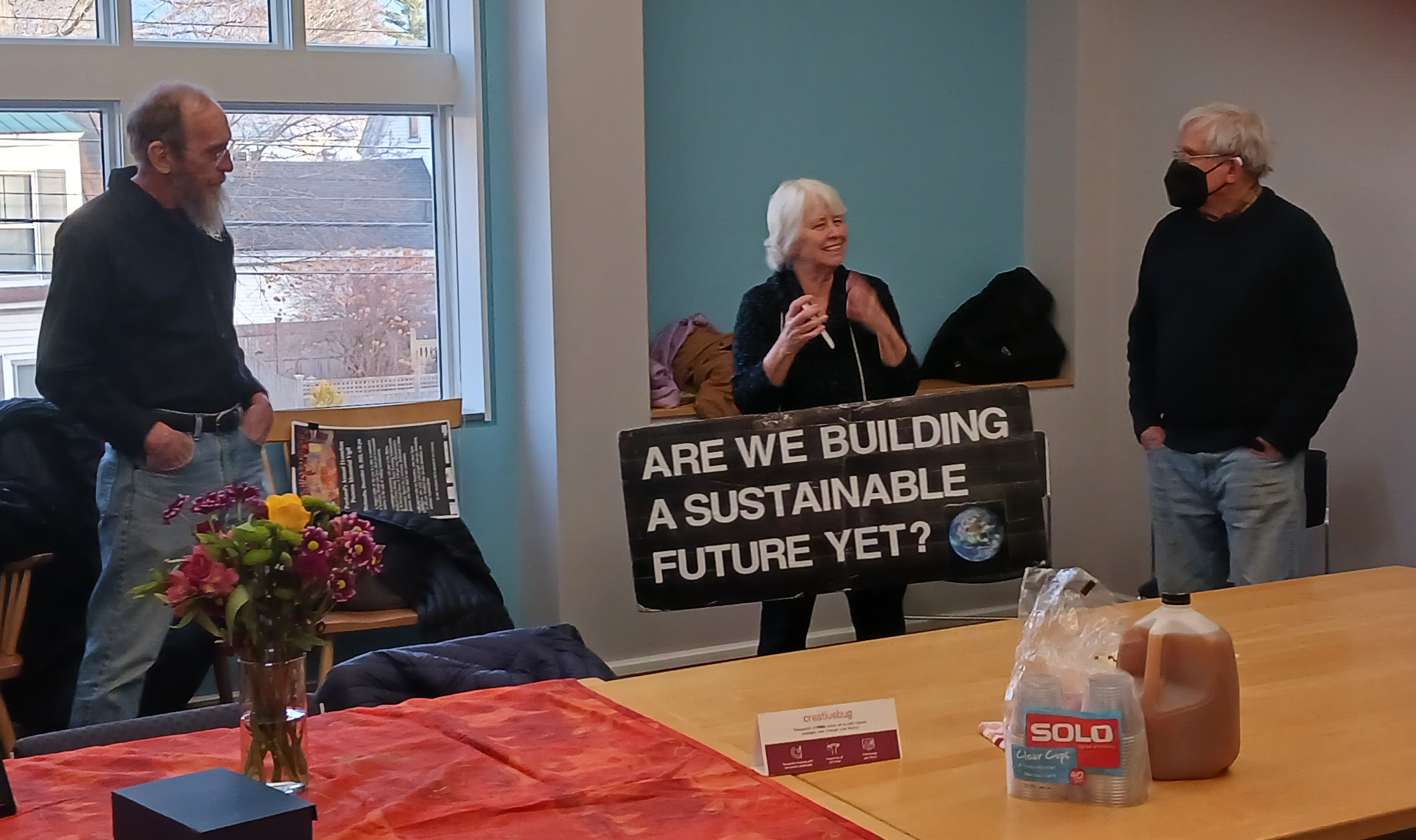 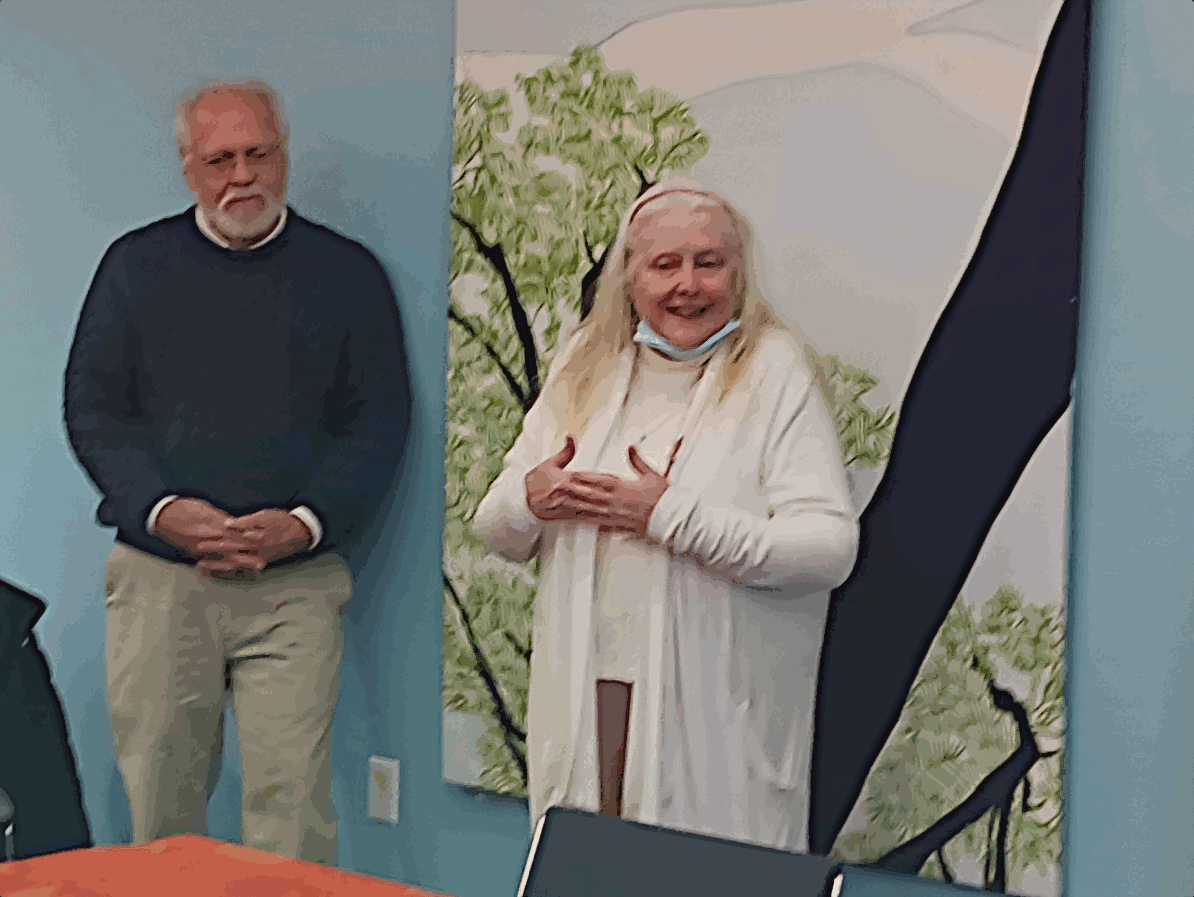