Protesting at the Brunswick Air Show 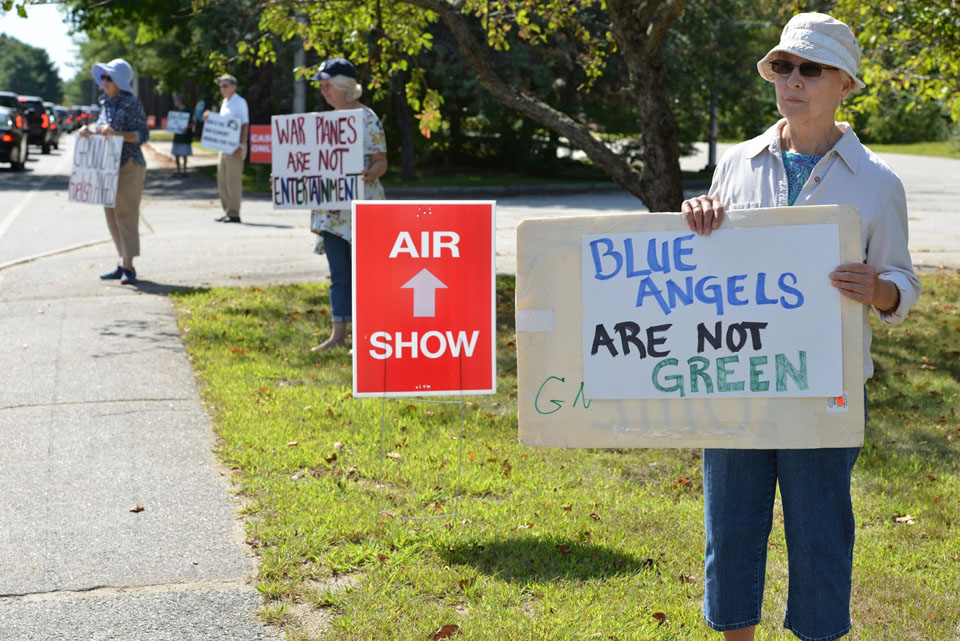 Original posted by Bruce Gagnon at his space4peace blog

We stood for just over three hours at the entrance to the former Navy base in Brunswick, Maine today while thousands of people limped their way toward the Blue Angels airshow in a major traffic jam. It was an organizers dream – a captive audience. People often complain that we are always ‘preaching to the choir’ but that wasn’t the case today.

We had a couple dozen positive responses from those driving into the airshow but the vast majority of people were sullen, angry, and even viciously nasty. Since 2003 we’ve done these airshow protests here in Brunswick at least 7-8 times but this was the meanest crowd I can remember. Several others in our group of 15 noticed the same thing and wondered what the difference was this time around.

I think it is a complicated question with several possible answers. First I’d suggest that those who are pro-military are tired of losing all the wars that the US keeps fighting. (After all we have this huge high-tech military machine and can’t lick those darn folks in dusty Afghanistan.) So pro-war people get surly when peaceniks dare appear at a ‘patriotic show’ like this one today. Secondly there is the ‘Trump factor’ where ‘The Donald’ is promising a return to the glorious past of the USA. He tells his supporters that we’ll have the greatest military (undefeatable) once again, we will build a wall along the Mexican border, that he’ll bring the jobs back that ‘China took from us’ and other such trash. This opens the door for the latent racism and blood thirsty warmongering that is instilled in the core of many American hearts and gives license to the unleashing of this rabid dog. An airshow, where there is a kind of worship of killing power on display, becomes a perfect festival of sacrifice. But there standing at the entrance of the airshow is the crew of peaceniks spoiling the party. It pisses alot of them off – big time.

A half-dozen of the so-called ‘Patriot Riders’ zoomed up on their motorbikes, parked them, and grabbed their American flags and began to jump in front of some of our folks who were holding signs. They tried to pick a fight with retired medical doctor Tom Whitney, who is a member of Veterans for Peace, but were unsuccessful in their bullying tactics. One of them got in front of the banner I was helping to hold but I asked him to move and he did. He began yelling to cars, “God bless the USA.” After a minute I asked him if God blessed other countries as well? He was startled by the question but did generously agree that God likely did bless other nations as well.

The ‘Patriot Riders’ were trying to hand out cards to airshow enthusiasts as their cars crept toward the former base. The red-white-blue card read in part “Seeking new members….We believe in the Constitution of the USA and all of it’s preambles.”

We heard alot about freedom today from the passing motorists. Things like: “If it wasn’t for these planes you wouldn’t have a right to stand there protesting.” The funny thing though is that most of those spitting out the ‘freedom’ word at us really didn’t like the fact that we were actually exercising such freedoms by protesting the airshow. Many of them shot us the finger, thumbs down, cursed at us, gave us the evil stare and the like.

I’ve been publicly protesting for more than 35 years but today felt like one of the most abusive events I have ever experienced. We know that the American empire is in collapse and I believe that in their hearts people know this to be true. Folks want to hang on to old glory but the tattered flag is fading fast in the dusty winds of time. I fear that the corporate oligarchy that runs the USA is turning the rage of the people against the critics – a red-white-blue version of Hitler’s fascist brown shirts. We see this being done in other places like Ukraine. What makes us think that they would not do the same here in the US as well?

I was glad we were at the airshow today with our signs and banners. If you want to reach the American people just go out onto the streets because they are in their cars. The road has become the town square in the US of A. 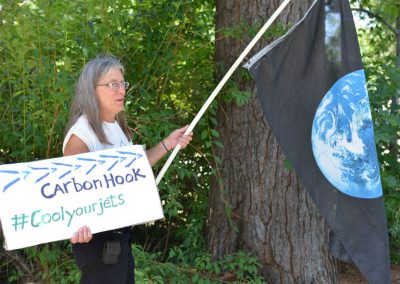 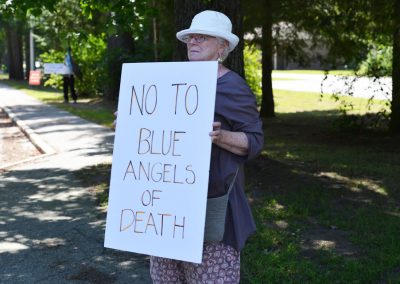 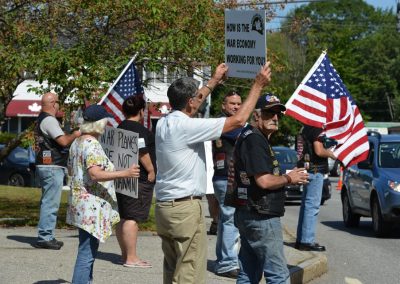 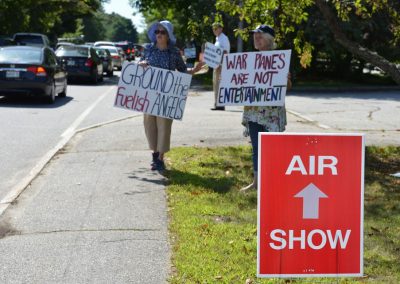 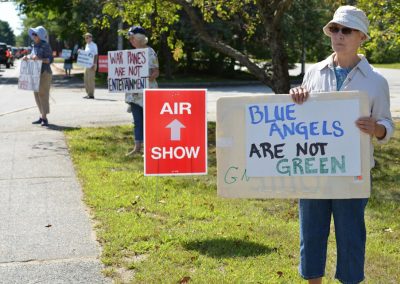 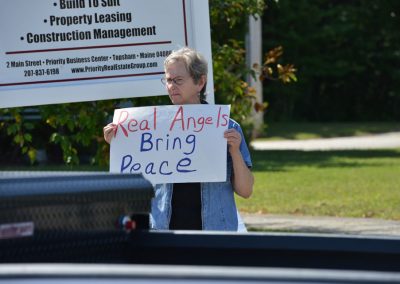 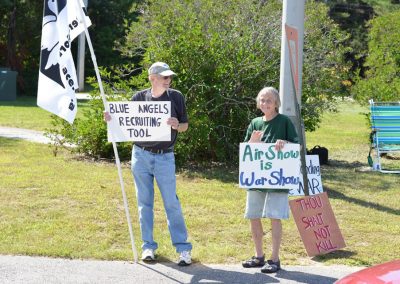 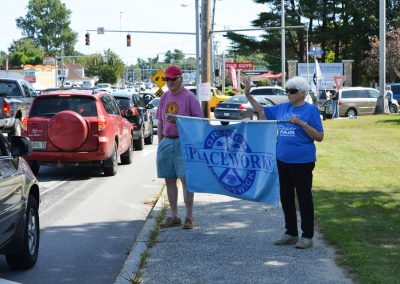 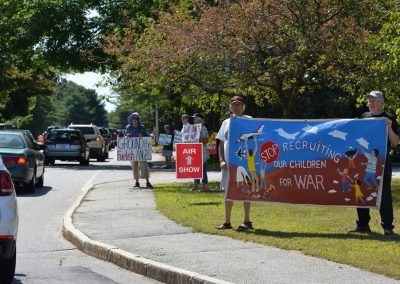