First of all let me thank the city of Portland on behalf of Veterans For Peace for their City Council’s commitment to making this year’s Veterans Day ceremonies inclusive of all veterans, regardless of their political positions on the war in Iraq. I’d especially like to thank two city employees, Liz Darling and Ted Musgrave, for helping us offer the citizens of this fine community a richer perspective on the meaning of war.

We are Veterans for Peace. We are 21 years old. We have 135 chapters across the nation, and we are 5,000 members strong nationwide and growing. There are 150 members right here in Maine, in Chapter 001, the founding chapter of this fine organization. We have one overriding commitment: to abolish war; and we have one means to do so: through non-violence. Today, we are honored and proud to stand alongside our sisters and brothers who represent Women in Black, Military Families Speak Out, Iraq Veterans Against the War, and The Department of Peace.

We of Veterans for Peace stand here today fully recognizing the spirit and the intent of this moment as outlined in the 1918 national dedication of this date to “the cause of world peace,” and in President Eisenhower’s national reaffirmation in 1954 to “reconsecrate ourselves to the task of promoting an enduring peace.” We are not here, as some of our detractors claim, to show disrespect for America. Indeed, we are here today to reclaim the American flag from those who would wrap themselves in it to oppress and vandalize, to conquer and to steal. We have come in the name of decency and humanity.

We are here today to call for a national day of compassion – compassion for the veterans who have fought in past wars; compassion for the active service men or women fighting in our present-day wars; and compassion for the civilian victims of war: the children, the parents, and the grandparents caught up in the crossfire. We have joined this parade, and we stand here on this particular Veterans Day with the deepest humility. We are not here to glorify war nor to celebrate its many mythical heroes but to share in the pain and agony of a nation caught up in an immoral war.

Let us not go home today with the notion that war is a worthy endeavor peopled by heroes and marked by glorious victories or, worse yet, that war is an inevitable consequence of a nation determined to fulfill some God-given mission. Let us leave here today with the understanding that war itself is evil, that the true cost of war can be found not just in our national cemeteries or veterans hospitals but in the homes of Baghdad and Fallujah, in the morgues of Iraq and Afghanistan, and the hearts and souls of all men, women, and children who have felt the awful terror of war.

And with that understanding, with the perspective that can arise from the ashes of war that we Veterans of Peace have earned, we must not allow ourselves to descend into self-pity nor wallow in self-righteousness, but to commit ourselves to compassionate action.

In that spirit we say to our fellow veterans: Join us. Join us in working for the rededication of funds and political commitment to veterans’ services; join us in resisting this government’s plans to renege on its promises to our nation’s soldiers. Join us in our call to cut the funding for the war. We in Veterans for Peace not only say “Bring the troops home now,” but we also say “Take care of them when they get home.”

We say to the men and women currently deployed in Iraq, we recognize that you are serving in Pharoah’s Army, that you are the foot soldiers of an occupying army, and that you are trapped in a deadly civil war that will test the very core of your being. We in Veterans for Peace say to you: “Hold onto your humanity. You have been forced into service that has essentially defiled the sacred contract you have signed with the American people to safeguard our Constitution and to protect our shores. While serving in Iraq, you are not in the service of your country but in thrall to the narrow interests of a misguided few who are fast losing their death grip on our government.” We say to you: Do what you must do to survive and to protect your fellow soldiers without sacrificing your humanity and your compassion for the Iraqi people. Work with us and others whenever and wherever you can to end this immoral war. Join us by signing an appeal for redress from the war in Iraq that will be delivered to Congress in mid-January. It reads: “As a patriotic American proud to serve the nation in uniform, I respectfully urge my political leaders in Congress to support the prompt withdrawal of all American military forces and bases from Iraq. Staying in Iraq will not work and is not worth the price. It is time for U.S. troops to come home.”

By joining us in this appeal for a complete withdrawal of all American troops from Iraq, you are showing compassion for your fellow soldiers and for the Iraqi women, children, and men who have suffered long enough under the yoke of American occupation. On this day, Veterans Day, join us as we declare no more war, join us as we stand shoulder to shoulder with President Eisenhower and all like-minded military veterans who have come before us, all who have suffered through the inferno of war to come to the same realization that war itself is the enemy, all who have rededicated themselves to serving their country by rejecting militarism, all who have turned their backs on the fear mongers. Join us as we resanctify this day as a day of hope by rededicating our commitment to fighting for peace by abolishing war. 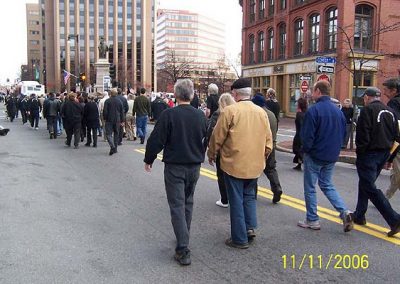 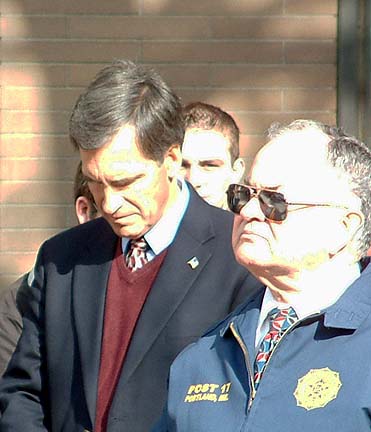 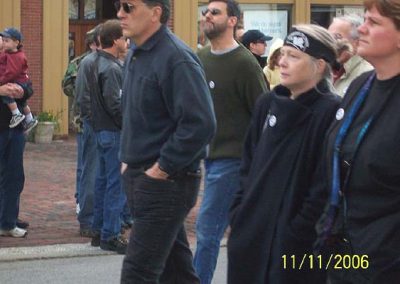 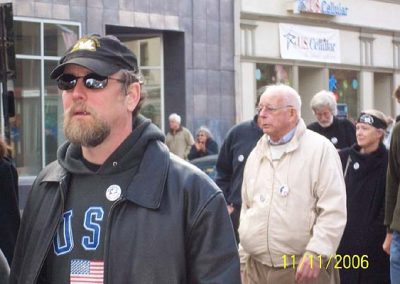 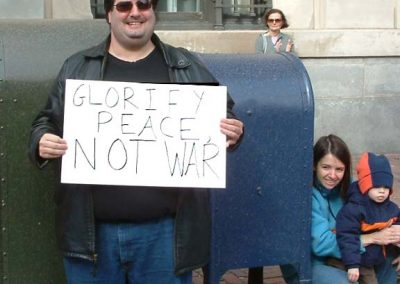 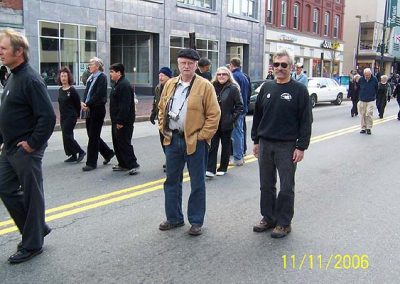 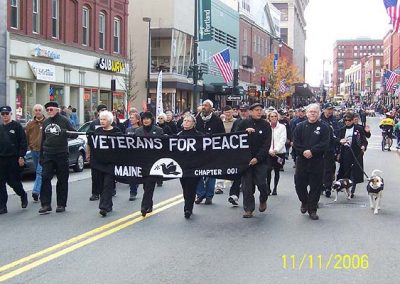 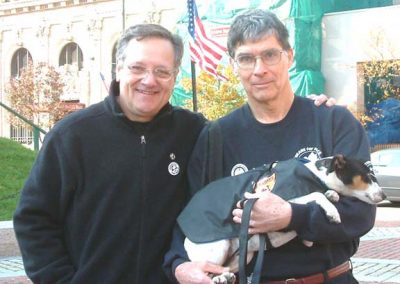 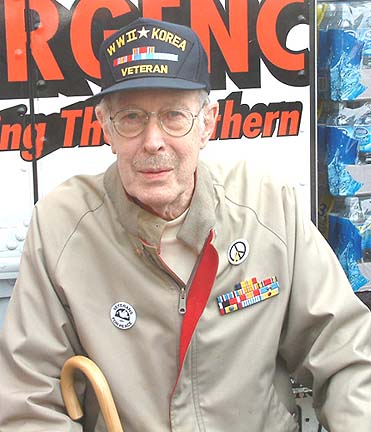 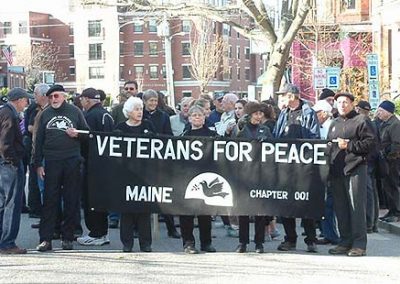