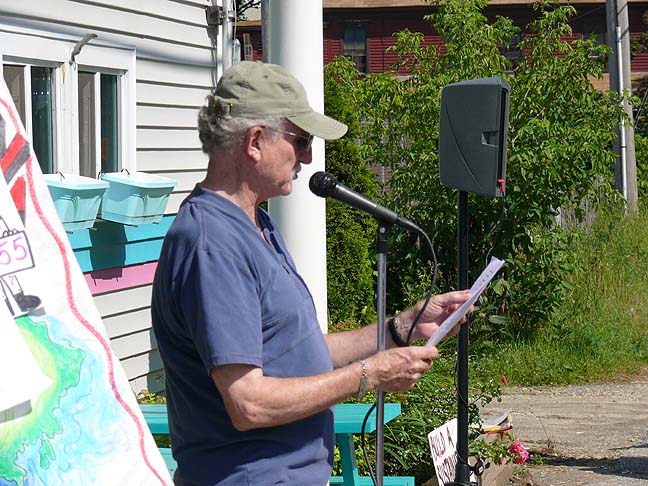 A group of 30 people gathered at Bath Iron Works Saturday morning, August 1, to protest the christening of the 59th Aegis destroyer (DDG 109), a weapon of mass destruction. The group gathered at the administration building and walked to the main gate where people spoke mainly about conversion from weapons of war to products for peace. Two of our speakers, Lisa Savage of Code Pink and Mary Beth Sullivan of the Global Network Against Weapons & Nuclear Power in Space spoke about conversion. Maureen Kehoe, Smilin’ Tree Disarmament Farm, Hope, Maine, spoke about the closure of BIW and the fact that weapon production anywhere is obscene. The event was organized by Maine Veterans For Peace, William Ladd Chapter 1 and Smilin’ Tree Disarmament Farm.

The fact that our country chooses to build these weapons says a lot about our morals, our priorities and our intentions. During these economic bad times, wouldn’t the billion dollars spent on each Aegis would be better spent in our school system? Wouldn’t the billion dollars be better utilized in providing food and shelter for those unable to provide for themselves or to provide assistance for our under funded social programs?

In the late ’80s and early 90’s there was talk about conversion yet for the past two decades we have heard nothing about conversion from where it counts, Bath Iron Works, General Dynamics nor from our congressional representatives who vote against war supplementals yet support the continued production of these weapons, paying for them with monies that could be used to much greater effect elsewhere in Maine. 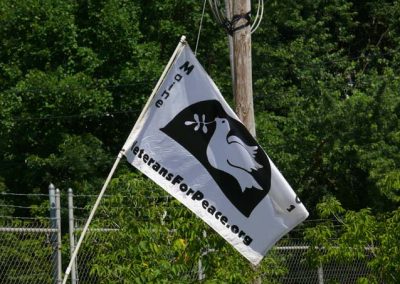 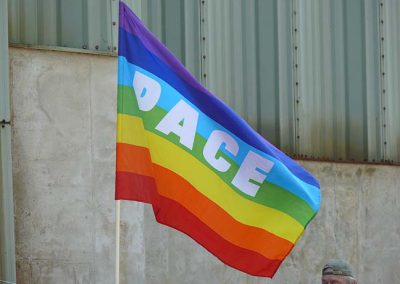 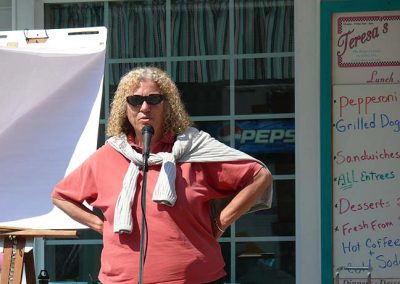 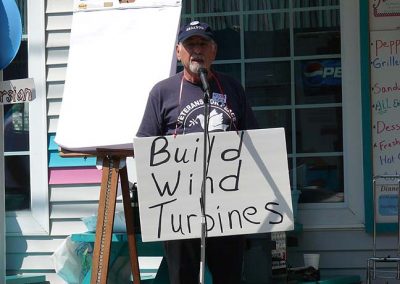 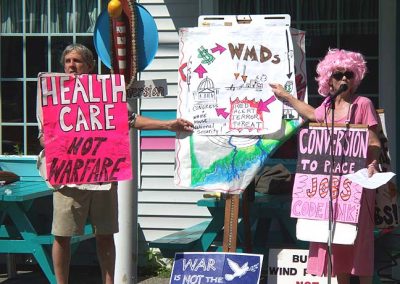 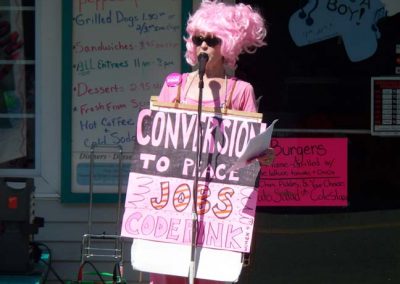 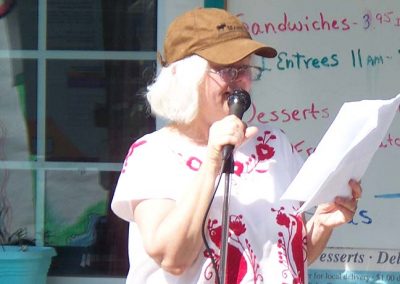 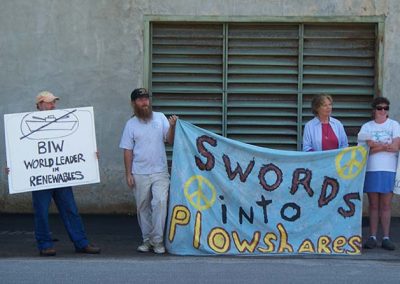 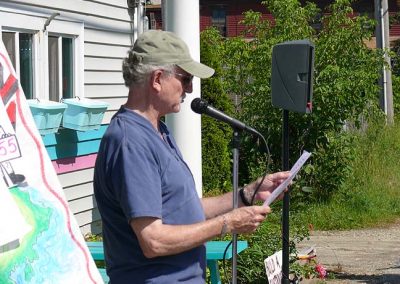 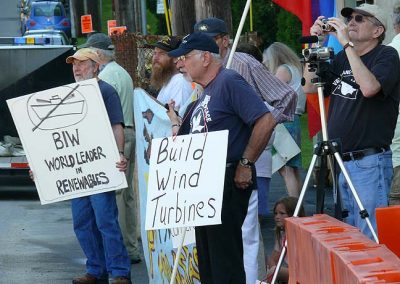 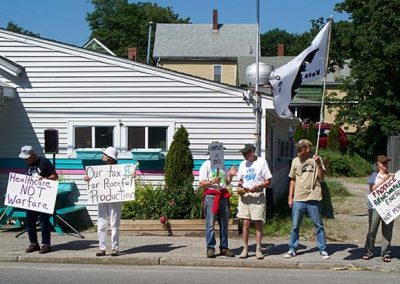 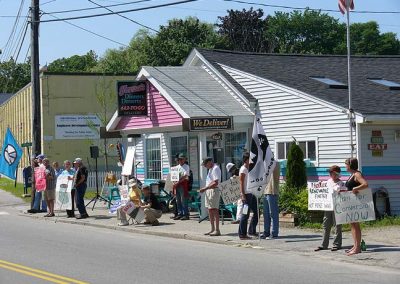